You Just Received a 24-Hour Alcohol Prohibition – What Does That Mean?

← The Queen v. O. (T.) 2017 (Provincial Court of Alberta) What to Do When Police Want to Interview You in a Criminal Investigation → 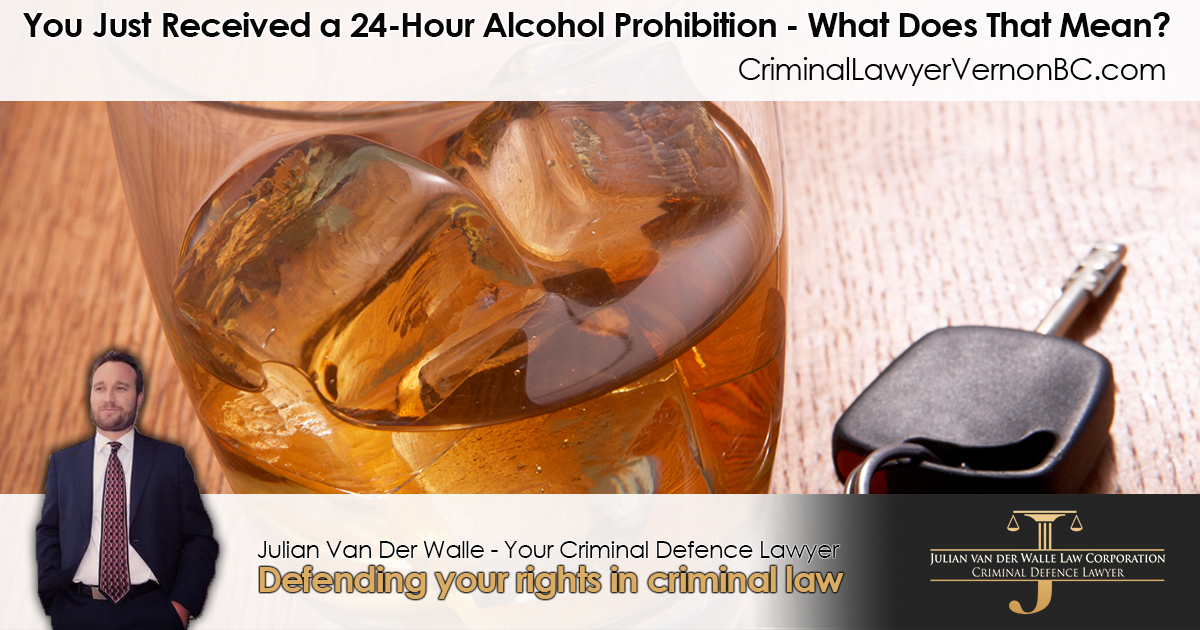 Driving a motor vehicle under the influence of ether alcohol or narcotics is a very serious issue both from a legal standpoint and from a safety perspective. Intoxicated motorists create genuine road risks to both themselves and other drivers. The real public safety concerns accompanying drunk driving incidents have understandably resulted in a strong public policy response that may affect you.

The Procedure for Receiving a 24-Hour Alcohol Prohibition

The Effect of a 24-Hour Driving Prohibition

How Can I Challenge My Prohibition?

If you believe that the prohibition was wrongfully given, you do have rights of appeal. First, you can appeal your 24-hour alcohol prohibition to an adjudicator working for RoadSafetyBC. This type of appeal is not a formal court appeal, but is rather an administrative appeal. If the adjudicator does not agree with your version of events, you can appeal further to a justice of the BC Supreme Court. If your prohibition was given for drug influence, however, your only right of appeal is directly to the BC Supreme Court – there is no intermediate appeal to an adjudicator for drug-related prohibitions.

If you have received a 24-hour driving prohibition, you should contact an experienced criminal lawyer as soon as possible if you want to appeal the prohibition.