Will I go to jail for drunk driving in Vernon? 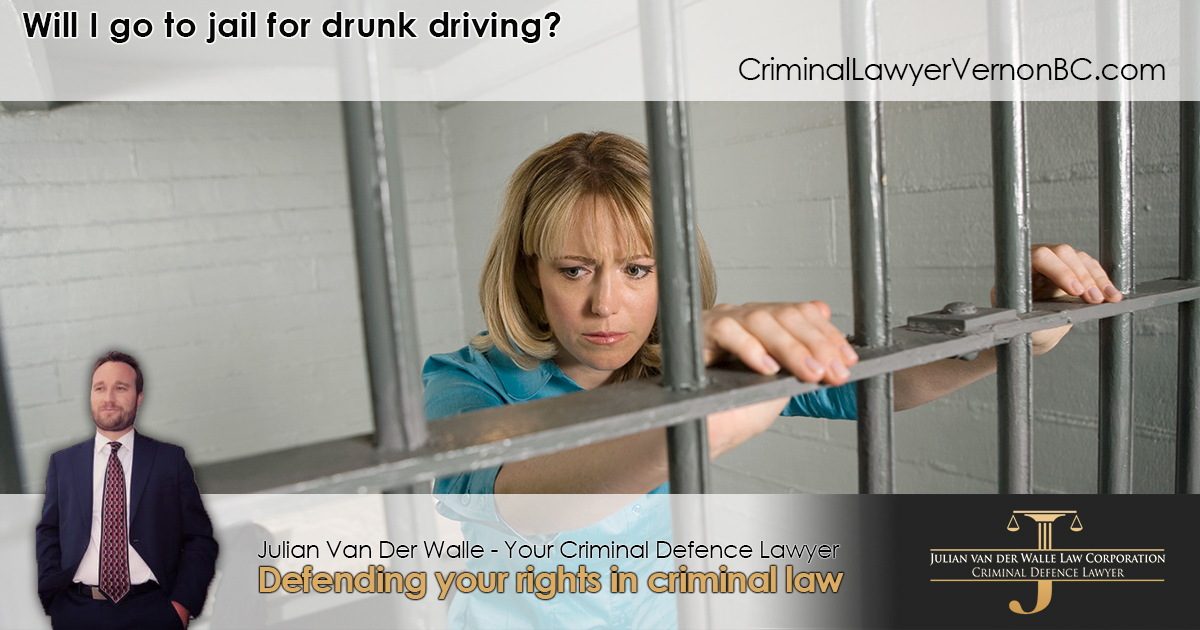 Under Canadian law, driving under the influence of alcohol or other substances can be a very serious crime. However, while criminal drunk driving charges can result in jail time, time behind bars is not always imposed. If you have been charged with drunk driving, it is important to understand the possible criminal penalties associated with your charge. As a general rule, first-time offenders will not go to jail for drunk driving if no accident occurred. Drunk drivers with a prior record of drunk driving incidents are much more likely to receive jail time.

Why Drunk Driving is a Crime

Driving a motor vehicle under the influence of either alcohol or narcotics is a very serious issue both from a legal standpoint and from a safety perspective. Intoxicated motorists create genuine road risks to both themselves and other drivers. The real public safety concerns accompanying drunk driving incidents have understandably resulted in a strong public policy response that may affect you.

Regardless of the nature of the case, the maximum amount of time that any judge can impose for a drunk driving offense (in which no one was caused bodily harm or killed) is five years. Five-year sentences tend to be very rare, and are only given in the most extreme cases. In one prior British Columbia case, the criminal defendant had been arrested for his fifteenth drunk driving offense, but he was only sentenced to four years in prison. Generally, judges will not sentence a defendant to a longer period of time than needed to be an effective punishment.

If you are caught driving with a blood-alcohol level of over .08, you will receive some type of criminal punishment. The most common charge other than the 24-hour driving prohibition is a criminal fine. For first-time drunk driving offenders, the minimum fine is $1,000.00.

If you have been charged with drunk driving, you should contact an experienced criminal lawyer as soon as possible to protect your rights.